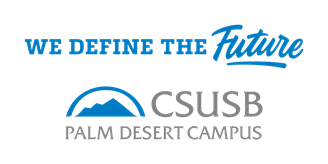 After eight individual rounds and two-and-a-half hours of competing, Palm Desert High School took first place with a score of 69 out of 80. The team will move on to compete against other high school teams throughout the country in the National Academic WorldQuest Competition on April 29-30.

Scholarships were awarded to each student in the top three teams: first place, $300; second place, $200; and third place, $100. The most improved award went to Coachella Valley High School whose team members won $75 each.

Sponsored by World Affairs Council of the Desert, the Academic WorldQuest is a team game that challenges the competitors’ knowledge of world affairs. The topics this year included 21st Century Money: Dollars to Digital Currencies, Current Events, Great Decisions, Human-Centered Agenda to the Future of Work, Insecurity in China’s Neighborhood, Technology & Democracy: Threat or Promise?, Where Climate & Migration Meet, and Working for Peace Through Legacies of War: The Case of Vietnam.

The competition began with a thank you to the event sponsors and video introduction from Armando Bolaños, a student at the Cal State San Bernardino, Palm Desert Campus who won a scholarship last fall to attend the World Affairs Council of America’s National Conference in Washington D.C. Following Bolaños’ opening remarks, an introduction of the coaches and teams was provided along with a welcome from the competition host Michael Karp.

For more information about the Academic WorldQuest, visit the World Affairs Council of the Desert website at: www.worldaffairsdesert.org/worldquest-2022.html.

About PDC: The CSUSB Palm Desert Campus offers bachelor’s and master’s degrees, a doctorate in educational leadership, teaching credentials and certificates. Serving more than 2,300 students, it is the Coachella Valley’s four-year public university and plays a vital role in educating and training the region’s growing population.

For more information about the CSUSB Palm Desert Campus, contact Mike Singer in the Office of Strategic Communication at msinger@csusb.edu or (760) 341-2883, ext. 78107, or visit the PDC website at www.csusb.edu/pdc.