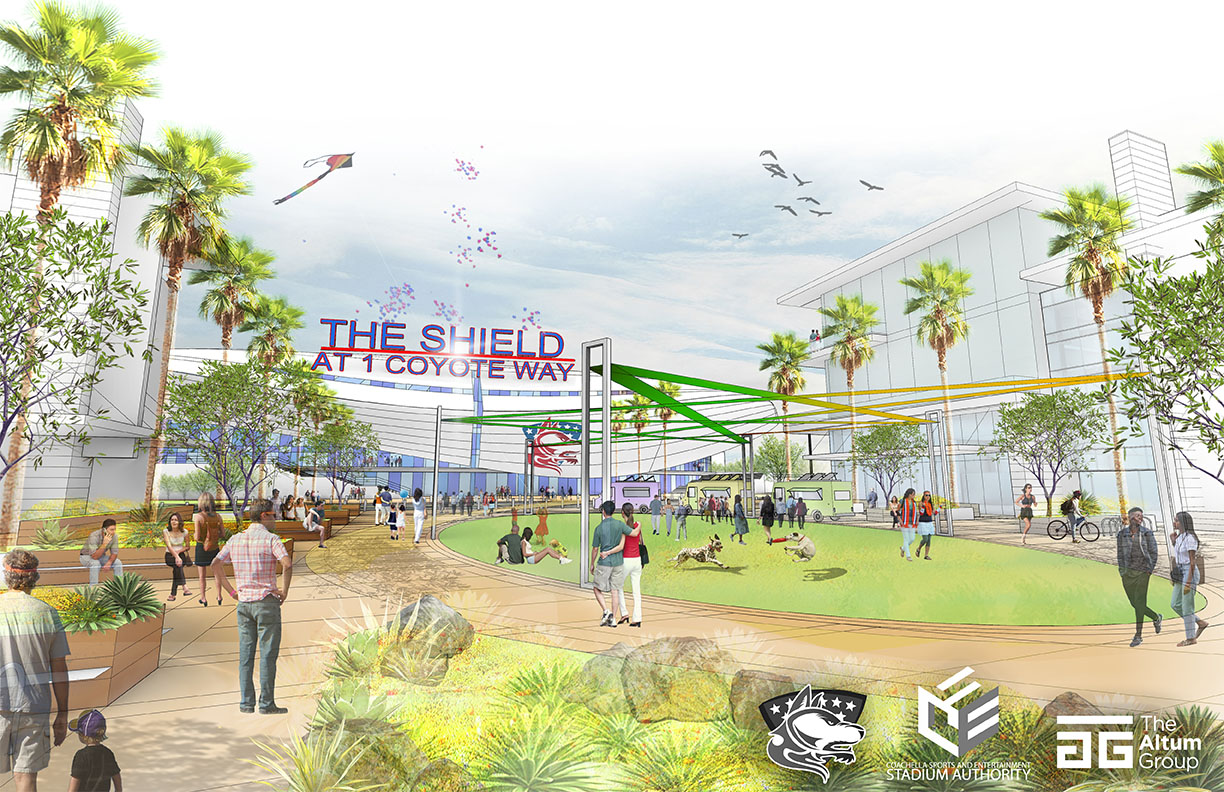 LEAVE IT TO J DAVID MILLER and the SoCal Coyotes to flip the script.

Most top philanthropic business execs —Buffet, Annenberg, Gates, to name a few— look back after decades of stratospheric success and decide to find a cause, or to fund many causes, close to their hearts.

That’s not what happened when the SoCal Coyotes came to town in 2012.

Miller, also a best-selling author/biographer whose decorated career included a stop as senior editor at a nationally renowned sports publication, thought he might (might!) be able to fashion a new kind of story with an unforgettable ending.

“What if,” he thought, “you took dozens of talented, but ‘hurting’ young men, coached them on time-tested, fundamentals, then poured out your heart, hope, athletic knowledge, mixed with lessons of faith and family, life skills and fortitude?”

Behind this vision of ‘Faith, Family, Football™’ – Miller founded the Coyotes non-profit, and in addition to head coach, stepped into the role of CEO.

The Coyotes business model relies on attracting and igniting young football prospects to be ‘Better Fathers, Better Husbands, Better Men™’ – which has proven successful year after year, many times over – all the while ‘Building Champions, Building Men™’.

The Coyote organization has deployed over $2 million into equity and inclusion programs that annually support African American youth and provide pathways to economic self-sufficiency.

‘The little team that could’ has now become the national standard – in fact, NFL executives have branded it ‘America’s #1 Developmental Pro Football Program™.’

Coyotes players, coaches and staff have invested thousands of hours of community service that today impact every desert community, from Palm Springs to Desert Hot Springs, from middle school gyms to Juvenile Hall.

The organization’s heralded, award-winning ‘Above The Line’ leadership initiative annually impacts more than 50,000 youth via Coyote camps, clinics and symposia.

In 2014, Indio City Councilman Glenn Miller even issued a SoCal Coyotes Day Proclamation, calling the organization “one of our greatest role models for our youth, from Indio to Greater Palm Springs, and everywhere in between.”

Therein lies the surprise: Miller knew he was building a dedicated team; he did not realize just how far his charitable organization would push into school systems, Valley police and parole programs, plus food distribution and mentorships.

So yes, you could call all these impacts ‘extra points.’ But it would be more accurate to call them the heartbeat, and the lifeblood, of the ever-expanding Coachella Valley.

And Coyote Nation is expanding with it. Responding to overwhelming demand for all its life-changing non-profit services, Miller has founded a business, a business model, and a schematic prototype for a complete faith, sports, and entertainment mini-city, which he has christened The Shield at 1 Coyote Way.

In 2018, CSESA was commissioned by the East Valley Coalition to study and report on the prospects for potential increased sports tourism in the Coachella Valley.

Miller, a former CEO of three multi-million-dollar companies, realized his vision for the mega-mixed-use The Shield at 1 Coyote Way would generate millions of new Riverside County dollars. But he looked past that – he also saw a massive economic engine for charitable purposes, one that, if done right, could pump millions of dollars annually toward youth programs, families, and children in need.

In 2019 (and early pre-pandemic 2020), The Shield caught the eye of a managing director from Jones Long LaSalle (JLL), Inc. in Chicago, a $16.3-billion-per-year real- estate investment and services firm, who flew out to meet face-to-face with Miller’s executive CSESA team, and walk the desert property.

Suddenly Miller’s dream had ‘legs,’ and a foundation. Though it had started in the drippy sweat and bloodied bandages of young men’s football locker rooms of 2011-2012, it has now moved into the boardrooms of FORTUNE 200 Companies.

The Shield’s location, vision and mission swiftly put it center-stage with the nation’s largest stadium, arena, residential, hotel and medical executives by the fall of 2020.

Soon, the SoCal Coyotes, Miller, and CSESA, will formally announce that this long-awaited opportunity has come to fruition – just not in the order that is often taken in the schemes of big business, and awesome opportunity.