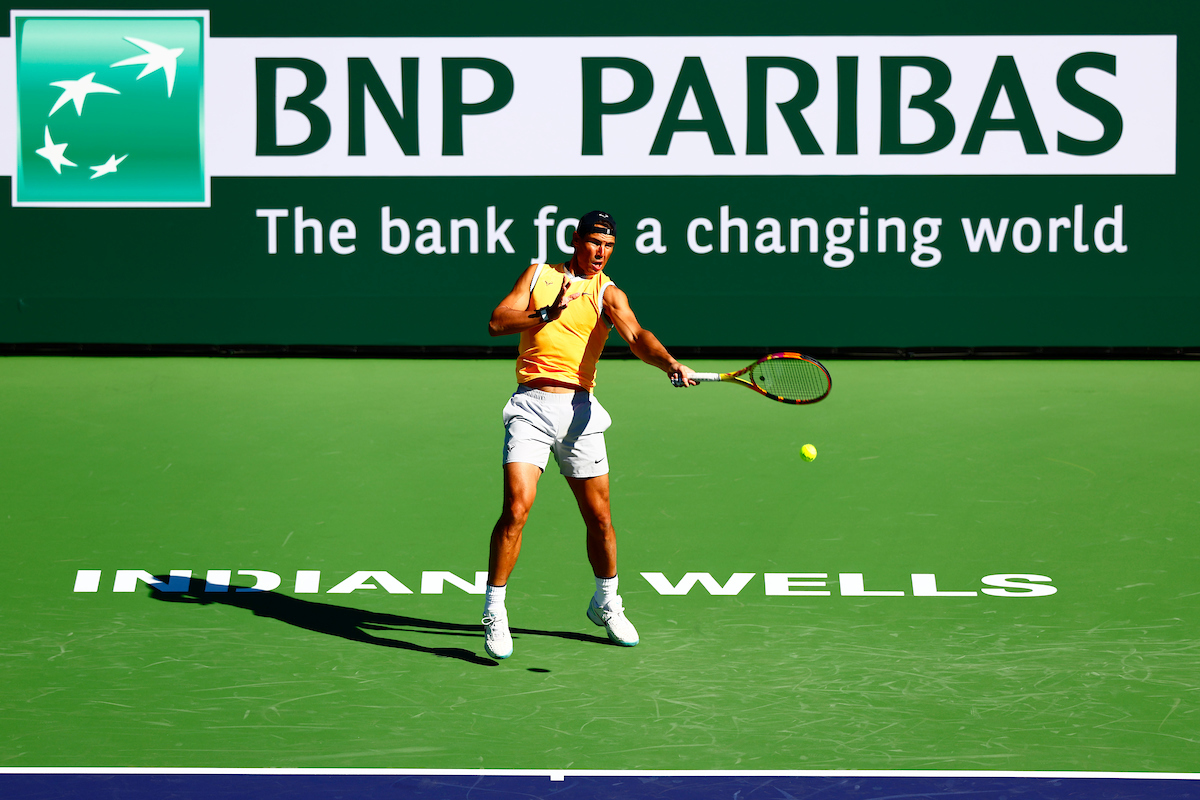 – BNP Paribas, Europe’s premier global bank and a leading sponsor of tennis, and the John McEnroe Tennis Academy (JMTA) today announces Izyan (“Zizou”) Ahmad (11 years old) has been selected to join Team BNP Paribas Mac 1 (#TeamBNPParibasMac1). The program helps the most promising and deserving young American talents to reach the next level with financial assistance to access international tennis competitions and intensive training under the direct supervision of Patrick and John McEnroe.

Zizou, a sixth-grade student from Wayne, New Jersey, is a blue chip recruit and ranked number one in the national USTA rankings in singles and doubles and number eight in his tennis recruiting class of 2022. His recent performance highlights include:

His 2022 goals are to be introduced to 14s and 16s age divisions, which means a lot more effort in training to get ready for the next level. Zizou will join nine young players from the New York Metro area – boys and girls between the ages of 11 and 17 – as part of BNPP Mac 1.

Patrick McEnroe, Co-Director of JMTA and President of JMTP, said: “We are so proud of Zizou and our team, and excited about the opportunities he has been provided by the Team BNP Paribas Mac 1 partnership. Zizou has worked hard to take advantage of these opportunities and we are eager to see his future competitions.”

Jean-Yves Fillion, CEO of BNP Paribas USA, said: “BNP Paribas is now the world’s leading tennis partner with a long history of supporting the sport going back to 1973. In the US, we are proud to again be working with John and Patrick McEnroe to help up-and-coming boys and girls, like Zizou, Thea and Sebe, reach their full potential and join the ranks of world-class tennis players. We remain committed to the sport and our social responsibility to change young lives by removing the racial, social and economic barriers to success through tennis initiatives like Team BNP Paribas Mac 1.”

In addition, Team BNP Paribas Mac 1 players Theadora (“Thea”) Rabman (16 years old) and Sebe Sec (18 years old), were granted wild cards into the 2022 BNP Paribas Open women’s and men’s qualifying draws, respectively. Thea is a blue chip recruit from Port Washington, New York, and ranked number three in the nation for her tennis recruiting class of 2023. Sebe is a blue chip recruit from New York City and ranked number 14 in the nation for his tennis recruiting class of 2022.

In 2019, the JMTA and BNP Paribas came together to launch Team BNPP Mac 1. The players are supported in their on- and off-court training as they progress to new and greater heights. They are provided financial assistance to allow intensive, year-round training and access to international competitions. In addition, they benefit from personal assistance in preparing for the demands of collegiate and professional tennis, including image management, educational success, literacy, life-skills and more. Players are recruited from among the most talented students currently enrolled in the John McEnroe Tennis Academy at Sportime Randall’s Island in New York City, through ongoing cooperation with the City Parks Foundation, with other tennis charities, and with annual try-outs. Participants are selected based on both tennis and athletic criteria (results and future potential) and more general and ethical criteria, including attitude, team-involvement and academic results.