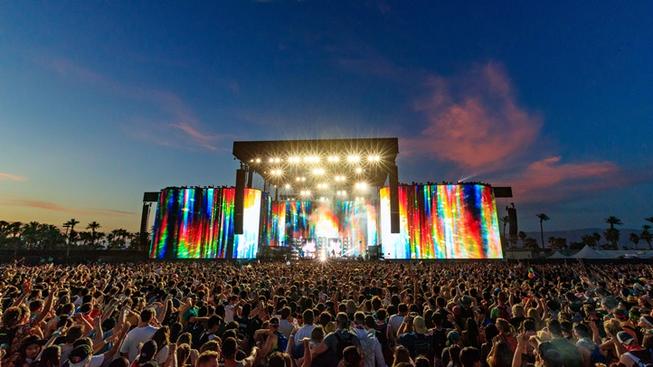 More than $1 billion is expected to be generated worldwide from just four events in the Coachella Valley this year, including the Coachella music festival starting Friday, April 12th in Indio.

More than half of the that, $805 million, will go to the Coachella Valley, while the city of Indio is expected to rake in around $212 million.

The forecasts come from Michael Bracken, an economic analyst from Development Management Group in Palm Desert, who spoke at a joint press conference by the Palm Springs Desert Resorts Convention & Visitors Bureau and the Coachella Valley Economic Partnership in March 2016.

Bracken said this year that assistance in understanding the projections would be at “the direction of the Festival Ownership AEG/Goldenvoice.”

Bracken did not elaborate on his relationship with AEG and Goldenvoice, who put on Coachella and Stagecoach, and it is unclear if this relationship existed in 2016 when the original economic impact projections were announced.

Curtis said the projected gains come from five Goldenvoice Coachella Valley festivals from 2016 — one of which, Desert Trip, only ran in that year.

According to according to a March 2016 Press Enterprise article, Bracken calculated the projections from an average 273,000 attendees expected at the festivals.

On average, festivalgoers will pay an average of around $2,500 each to attend Coachella, according to a Money article from March of last year.

This includes a wristband to the festival, airfare, a weekend stay at a mid-range hotel, shuttle, food and, of course, libations.

The average excess is nothing compared with some of the most exclusive parties, some of which are operated by Goldenvoice.

One of the most talked about exclusive events is, in fact, Goldenvoice’s lavish party at the Zenyara Estate, a 40-acre site that easily can accommodate over 1,000 guests.

Zenyara normally rents out to vacationers for $50,000 per day from an undisclosed real estate group in Los Angeles, according to the estate’s marketing manager LVH Global.

However, for three weeks Goldenvoice locks down the lavish property at what Forbes’ magazine estimated last year is around $350,000 per day.

LVH Global CEO Amir Benesh said he could not give any specific details on the rental agreement between Goldenvoice and the Los Angeles real estate agency — which he did confirm was American owned. However, he did say that the prices are dependent on the amount of people expected per day.