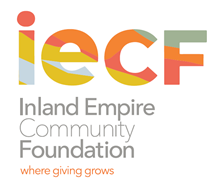 Inland Empire Community Foundation is pleased to announce the addition of two new Board members, David Bristow and Jesse Melgar, who will serve four-year terms.

David T. Bristow is General Counsel and Executive Vice President for Entrepreneurial Corporate Group, an umbrella organization for a diverse business and investment portfolio. Before entering private practice, his career included roles as Deputy District Attorney, Deputy Public Defender, and Federal Magistrate Judge for the United States District Court for the Central District of California. Dave earned his B.A. in History with an Economics Minor from California State University at San Bernardino, and his J.D. from the University of Pacific, McGeorge School of Law.

Born and raised in Riverside, David has long been devoted to giving back to his community. He serves on several boards, including the Mary S. Roberts Pet Adoption Center and the Greater Riverside Chambers of Commerce. A former president of the Riverside County Bar Association, he has also dedicated his time to the Riverside Municipal Museum, the Riverside Public Library Foundation, and Riverside Hospice.

Jesse Melgar works at the University of California, Berkeley Goldman School of Public Policy as Director of Engagement for California 100, a statewide policy initiative focused on inspiring a vision and strategy for California’s next century. Previously, Jesse worked in the executive branch of state government for nearly a decade, most recently serving as Communications Director and Press Secretary for California Governor Gavin Newsom during the unprecedented crisis of the COVID-19 pandemic and historic wildfires. He previously led communications for United States Senator Alex Padilla during his first term as Secretary of State, Insurance Commissioner Ricardo Lara during his tenure as a state senator, and for the California Latino Legislative Caucus and Equality California.

In April, Governor Newsom appointed Jesse to serve on the California Volunteers Commission. He is a past vice president of HONOR PAC, the nation’s leading Latinx LGBTQ+ political action committee and a former board member of Planned Parenthood of the Pacific Southwest. He is currently an advisor to the UC Riverside School of Public Policy and Equality California.

“The Inland Empire Community Foundation is on the leading-edge of what’s next in our region and continues to expand its role as a convener and advocate here at home, and throughout California,” said Melgar. “It is an honor to have the opportunity to serve alongside their distinguished board of directors, staff and under the leadership of Michelle Decker. I look forward to bringing my professional and lived experience to the Foundation and ensuring that we continue to focus on lifting up those in our community who are too often left behind.”

Jesse’s connection to IECF goes back to 2005 when he received the Altura Credit Union Scholarship as a student at John W. North High School. “We’re thrilled to see this relationship come full circle,” said Michelle Decker, IECF CEO. “Jesse’s expertise in communications, his deep connection to the Inland Empire, and his passion for our vision will be invaluable as we move forward to address the needs of those we serve.”

Jesse is a lifelong resident of the Inland Empire and lives in Riverside with his husband, Angel.

“Jesse and David bring unique depths of understanding about the Inland Empire, and lifetime commitments to its betterment,” said Paulette Brown-Hinds, IECF Board Chair. “Their connections and institutional knowledge will help IECF forge new partnerships and expand a culture of philanthropy as we grow to meet the ever-increasing needs and opportunities of our communities. We are grateful for their willingness to serve.”