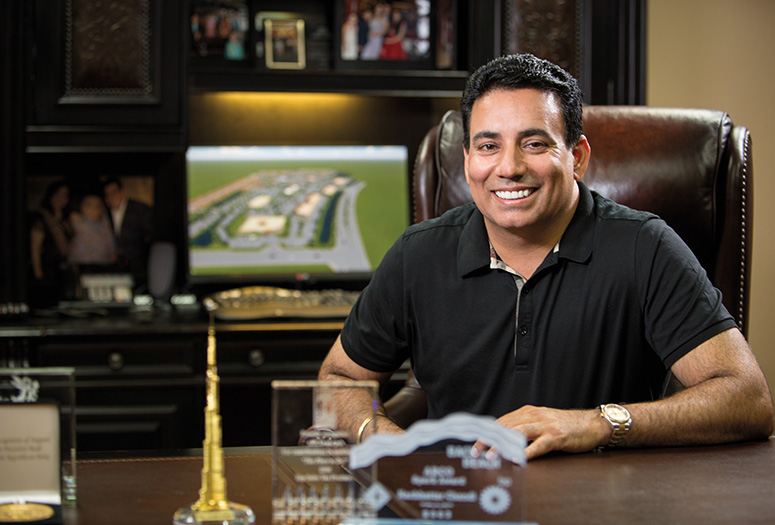 In Pursuit Of The American Dream

Born and raised in India, Nachhattar Singh Chandi was fascinated by the opportunities he heard about in America, and by age 20, he was off to the USA to create a better future for his family in India and the one he hoped to have in the United States. The foundation of Chandi Group USA can be traced back to a humble gas station in Coachella. It was there in 1991, that 20-year-old Chandi began work after arriving in the United States from India. Shortly after he arrived, he made two decisions that would shape his future years: first, he began working at a small gas station in Coachella, California, known as White’s Black Gold Gasoline. Second, he met his wife Susana, a Mexican immigrant, who he regards as the “Engine to my Success.”

Three years later he had the opportunity to purchase this gas station; guided by his entrepreneurial heart, he took the risk to make his dream a reality, and shortly afterward pursued a franchise opportunity with ARCO am/pm for this site. This was the beginning of his successful 20+ year career in the franchise operation industry which has grown into the multi-platform enterprise known as Chandi Group USA today.

From an early age, Nachhattar Chandi was instilled with the belief that every job is important, and should be done with pride.

Today, Chandi Group USA owns dozens of properties and businesses throughout California, employing nearly 550 people and bringing much needed services to under-served communities. In addition to being one of the top sales tax generators for Riverside County, the Chandi Group has donated more than $1 million to community groups in the last four years. Additionally, we focus on our market, we work smart, we act like owners, and we are the brands we represent!

After 25 years, the pillars of Chandi Group USA remain the same: Growth, Services, Employment and Opportunity.