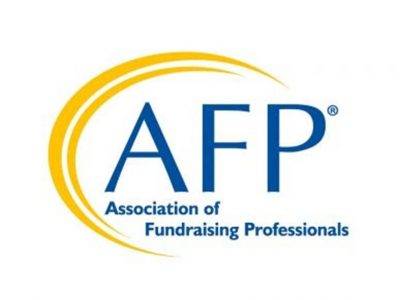 Judi Olivas’ giving heart has guided her from the beginning of her career to change the world for the better. She began her career thirty years ago as a frontline social worker and advocate on behalf of victims of domestic violence and child abuse. Her work in social justice, crisis intervention and community advocacy were key to a deep understanding and respect for social innovation and the impact created by social change philanthropy.

When Judi moved to the Coachella Valley in 1998, she joined the leadership team at the Children’s Discovery Museum of the Desert (CDMOD), where she served as Associate Executive Director for 15 years. In addition to her operational responsibilities, Judi learned fundraising on the job, taking the lead in the annual giving program, grant writing, securing sponsorships and planning fundraising events. Through her management and efforts, the museum raised more than $2 million. Under Judi’s leadership, CDMOD was the recipient of the National “Good 2 Grow” award for establishing healthy family programs to combat childhood obesity.

This experience prepared her for the lead development role she assumed when she joined the Joslyn Center as Director of Development and Marketing. There, over the course of four years, she revitalized the development program, secured funding and assisted in the creation of programs vital to the center’s senior client base. She restored relationships with lapsed donors, introduced key funding for the “Live Well, Be Well” program and raised more than $900,000 through grant initiatives, campaigns and special events such as the Annual Fashion Show.

In 2018, Judi was named Director of Development for OneFuture Coachella Valley, creating a ground-up development department structure to support funding for a $1.5 million scholarship program. Then, in 2019, she was appointed to the newly created position of Development Director for the Friends of the Palm Springs Animal Shelter, where she works alongside the CEO and Board of Directors to ensure the long-term stability of this vital community resource. During her first 4 months on the job, she organized and directed the annual “Faux Fur Ball,” held at the Palm Springs Air Museum, which netted more than $200,000, double the previous year’s total.

Judi’s commitment to this community extends beyond her dedication to her job. As an active volunteer member of the Association of Fundraising Professionals since 2015, she has served as board Secretary, President-Elect and is currently chapter President. She was National Philanthropy Day Chair in 2017 and Co-Chair in 2018 and has served as a member of the NPD Awards Committee. She also served on the board of the Friends of the Cathedral City Library; was appointed by the Cathedral City Council to the Riverside County Free Library Association, where she served for six years; and, in 2013, she received a Woman of Distinction Award for Community Service from Assemblyman Brian Nestande, 42nd District.

Judi Olivas is a joyful, calming presence, inspiring those who work with her to reach a little higher, try a little harder, and to exercise patience and kindness for others in all we do. She is an admired and beloved leader and truly worthy of the honor, Outstanding Fundraising Professional.

NOMINATED BY THE GOLD RIBBON COMMITTEE OF THE ASSOCIATION OF FUNDRAISING PROFESSIONALS CA, DESERT COMMUNITIES CHAPTER

Tweets by DesertCharities
Noodles & Company Gives Back To Local Communities Through Hundreds Of Fundraisers Across The Country In 2019
The Desert Welcomes Benefit Auctioneer, Karen Sorbo: Coaxing is Her Calling