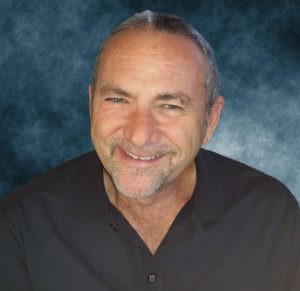 In 1977 after passing the California State Bar and obtaining his masters in taxation from Boston University Steve Tobin joined the law firm of Spray, Gould & Bowers in Los Angeles.  One of his first assignments was to be added to the team to probate the estate of Mable Goodwin, with his tax background and with the size of the estate it was a perfect match.  Little did he know that it would eventually lead to his work with various charities around the country.

The probate of the estate took approximately 2 years and during that time he worked very closely with Ms. Goodwin’s daughter, Grace Helen Spearman.  Over the next several years he became more and more involved in helping run the foundation that Ms. Goodwin set up prior to her death.  The Mable Goodwin Memorial Trust was established to benefit boys 21 and under for their health, welfare and well-being.

Realizing the restrictiveness of her mother’s foundation Ms. Spearman set up her own foundation called “The Grace Helen Spearman Charitable  Foundation.”  She put very few restrictions on how the monies should be given out.  Tobin says, “I represented Ms. Spearman for 10 years and then she had a fall.  I eventually took over running several of her corporations and her mother’s trust.  Grace passed away, three months short of her 100th Birthday, and her foundation was then fully funded by her estate.”

When Tobin met Spearman, he was still working in Los Angeles and had a weekend home in Palm Springs.  He has since moved to the area after retiring from practicing law to work full time on the foundations.

One of the beneficiaries is the Mizell Senior Center in Palm Springs , which is naming the reception area after Spearman.  “Her name will be there with a picture of her hanging in the lobby,” Tobin explains.  “Then there is the Desert AIDS Project, the reception area in their new clinic called the “Dock” is named after Ms. Spearman, and the LBGT Center of the Desert will name a classroom after her in their new building.”

Among the other charities receiving grants from Spearman’s Foundation are:  AIDS Assistance Program and Food Samaritan, ACT For MS, an organization started by the late Gloria Greer, Children’s Pediatric cancer wards, Cathedral City Senior Center, and the Desert Cancer Foundation.  Also receiving funds are the USO of Palm Springs, the Palm Springs Animal Shelter, EQCA, the Ranch Recovery Center and Sober In The Sun.  The list goes on and on.

“My client was an incredible sole.  She was a very wealthy woman but you would never know it as she lived a very simple life.  She was the most beautiful, wonderful woman you have ever met.  She stood 5’3”, with platinum gray hair pulled into a bun on top of her head.  Everyone who met her just loved her.  She would be so happy to see all the people her foundation is helping.”

In working with the Goodwill Memorial Trust, Tobin has more specific guidelines for who can receive grants.  They provide grants to anti-bullying  organizations, the Boy Scouts of America and several hospitals and institutions all helping boys under 21 years old.  Locally the foundation has helped Desert Aids Project and their anti-bullying efforts and Get Tested Coachella Valley, LGBT Center of the Desert mental clinic, Palm Springs High School sustainable garden, Parent Booster USA and the local boys club’s here in the Desert just to name a few.

“Many of grants given are for boys in underprivileged areas throughout California.  This Trust has also made a substantial grant to St. Jude Hospital.  Monies were given for a custom table so that boys with debilitation illness could have MRI’s taken without.t being hurt.

Tobin does much more than sit behind a desk and run the organizations.  He goes out at least three times a week to meet with various organizations, take tours of the facilities or meet with personnel to find out about the work they do

“I want to see where the money is going,” Tobin explains.  One of the places that really impressed him was the USO.  “I was so blown away by what they do…they are helping our Military boys, and getting no funding from the government.  What they doing for our military men is incredible.  These kids are so young, they are defending the country…Our first donation fed approximately 250 families for Thanksgiving, another donation was given to help feed the solider for a 3 month period.”

Another charitable foundation that he spoke fondly of was Picture Me Happy.  This institution goes into the pediatric care units and works with terminally ill children by bringing in Polaroid cameras and letting the children make scrapbooks.  Some of these children were bed ridden and depressed but when Picture Me Happy came to the hospital several asked to get out of bed to participate.

Mr. Tobin indicates that it isn’t as easy as everyone may think to give money away.  Each organization that applies has to be vetted to determine if they are in good standing with both the State and Federal Government.  Research is done to see what exactly each organization does and a determination  is then made to see if that would be something the Foundation would want to support.

But at the end of the day his job with both the Goodwin Memorial Trust and the Grace Helen Spearman Charitable Foundation are some of the most rewarding experiences a person can have.