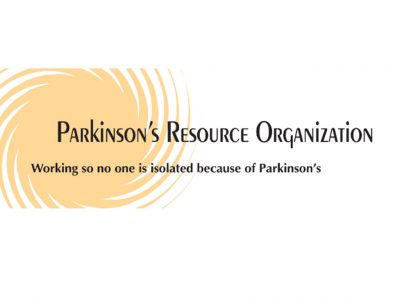 A Southern California native, Mendelson grew up in Santa Monica & Beverly HIlls and like many, has enjoyed a second home in the desert for many years. Before the pandemic, he decided to make Palm Desert his full-time home where he met Jo Rosen, the Founder of PRO, at a social function and he was drawn in by her mission. With two dear friends living with Parkinson’s, PRO’s success story inspired him and he knew he could make a difference in the organization.

While other well-known Parkinson’s charities raise money for a cure, PRO is focused on serving those who are caring for and living with Parkinson’s. Mendelson will create a campaign called “CARING FORWARD…until there is a cure”. “Our Mission is focused on providing the best support and education TODAY to both people with Parkinson’s and their Partners In Care as these needs are immediate.” said Mendelson.

He has also set a goal to reach a national platform to help even more people. Mendelson is focused on creating “Mission Ambassadors” in large cities across America, to extend the personal touch of how PRO works so that no one is isolated because of Parkinson’s. He will also bring unique creativity to campaigns already in motion including a wonderful Food-centric event, “Brisk-Off”, in the fall, here in Palm Springs, where local & celebrity chefs and local restaurants and venues will compete and raise money for the charity. Additionally, a major Celebrity Tribute event for the fall is also in the works with details soon to follow.

“I’m delighted to pour my energy into this amazing organization and see it grow to reach a growing National audience. It’s overdue. Jo and her team have been at this for over 32 years and there are so many to serve.” Mendelson states.”I can help.”

Since 1990, Parkinson’s Resource Organization (PRO) has served countless people caring for and living with Parkinson’s disease, a disorder of the central nervous system which affects movement, often including tremors. Founder Jo Rosen was the adult child of a person living with Parkinson’s and later a spouse of a person with Parkinson’s. She was inspired to create an organization that would advocate for, educate and provide emotional support for caregivers of and people with Parkinson’s. Now known worldwide with an online Wellness Village providing resources for Legal, Insurance, Financial Planning, Caregiving and Care Management, Medical Professionals, Hospice and Science as well as support meetings, now Virtually throughout the world. They are “working so no one is isolated because of Parkinson’s” and working to find choices in creating the ultimate quality of life. For more information, visit: www.parkinsonsresource.org.