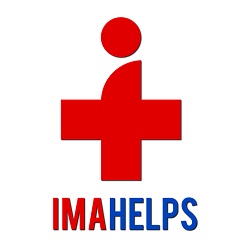 If you think your life is tough, imagine what it’s like to have neurofibromatosis, otherwise known as Elephant Man’s disease.
Twenty-seven-year-old Enrique Galvan of Luque, Paraguay didn’t know what it was when he noticed the strange tissue growths appearing on his face, shoulders and body around the age of 5.
“I kept hoping it would go away,” he said.
It didn’t.
“At age 5, I saw that I wasn’t the same as the other kids,” he said. “I didn’t understand what was going on. I feel weird and out of place because I wasn’t the same physically. As I got older, I felt even more self-conscious.”
In fact, as Enrique grew older, his tissue growths became larger and larger, and he suffered not only the worry that comes with a seemingly incurable disease, but the incessant stares and taunts of insensitive children and adults.
While Paraguayan doctors have attempted to remove some of Enrique’s growths, they lacked the equipment and experience to provide him with a surgical solution.
Enrique never lost hope, however, and he never stopped praying for a solution. On Sunday, June 2, Enrique’s prayers will be answered. That’s when a team of 20 volunteer surgeons and support staff from UC Irvine Medical Center will perform a six-to eight-hour surgery to remove Enrique’s tissue growths from his face, neck and back.
“It is a complicated surgery, but we were are confident that we can remove most of Enrique’s tissue growths,” said Dr. Mark Kobayashi, a plastic surgeon from UCI Medical Center who met Enrique while volunteering on a medical mission with IMAHelps last summer in Luque, Paraguay.
Rancho Mirage, Calif.-based IMAHelps organizes annual medical humanitarian missions to some of the poorest communities in Central and South America. Dr. Cris Barrios, a general surgeon from UC Irvine and longtime IMAHelps volunteer, also met with Enrique during the IMAHelps medical mission to Luque, Paraguay last summer.
Dr. Barrios and Dr. Kobayashi have spent the past year securing approvals from UC Irvine to perform Enrique’s surgery free of charge as a humanitarian effort. Dr. Barrios has also assembled a team of anesthesiologists, surgical techs, nurses and other support staff who have agreed to donate their time to assist with Enrique’s surgery.
“We are grateful that UCI is allowing us to perform this life-changing surgery for Enrique. We are also grateful that so many staff members from UCI have agreed to volunteer their time on a Sunday to help change Enrique’s life,” said Dr. Barrios, who has volunteered his surgical talents on IMAHelps missions in Nicaragua, El Salvador, Peru and Paraguay since 2011.
While the tissue growths resulting from neurofibromatosis will eventually grow back, doctors are confident that Enrique will have many years to live a relatively normal adult life.
Enrique, for his part, said he is grateful to IMAHelps and to UC Irvine Medical Center for providing his surgery free of charge as a volunteer effort.
“I am confident that I am in the good hands of people with professional training who know my condition and that gives me the confidence to have this surgery. It also makes me happy beyond words, Enrique said, adding, “For my parents, it’s also a dream come true. They have always been behind me, ever since I was a little boy. They also never lost their faith.”
Enrique will be traveling to California with his mother, who will be with him during his two week stay in California. Enrique’s hotel accommodations have been paid for by Catherine and Kevin Downes and family along with their church, Voyagers Bible Church of Irvine, Calif. Enrique raised money with the help of friends and family and the Misionero Roga community in Luque, Paraguay, led by Luis Caballero Ferrari to pay for his roundtrip airfare for himself and his mother. Joshua Radwan is helping to cover miscellaneous expenses associated with Enrique’s trip.
To learn more about IMAHelps and to support our humanitarian efforts, please visit www.imahelps.org.