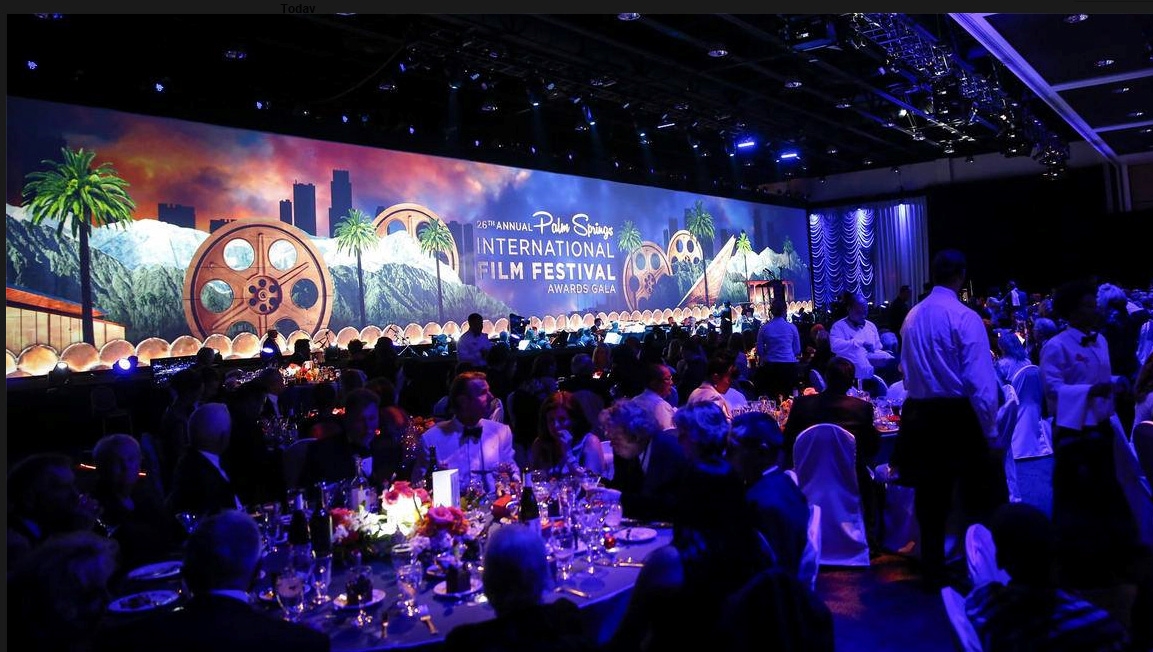 Richard what is it exactly that you do? You do parties for charitable organizations or what? There are a number of party planners in the valley, where do you place yourself in that group?

I’d like to clear up one confusion right away. I am not necessarily a party planner. That’s not my role with the organizations that I work with. When I first started my company, It was called “Event Management and Marketing.” That title evolved because we sold the ads and produced the first McCallum theater programs. At the time we essentially considered ourselves marketers and advertisers.

But this was a change for me, because before moving here I was based in Washington DC and had a huge job running the day-to-day food services department and planning the special events at the National Gallery of Art, the US State Department, the North Carolina Museum of Art, the National Aquarium in Baltimore, the FBI, the Old Executive Office Building and occasionally the CIA facilities. I planned all the major openings and dinners. For example, I produced a dinner party at the National Gallery of Art hosted by President and Mrs. Reagan for Prince Charles and Princess Diana, and produced a cocktail party for 9000 people to celebrate the opening of the British Treasure Houses exhibition there too.

I also opened the new food service and restaurants at the North Carolina Museum of Art. Three weeks later we did the inaugural ball there for the new governor of North Carolina – talk about tight deadlines!. I opened the food service and restaurants at the National Aquarium in Baltimore and did many special events there. I had offices in the National Gallery of Art and at the State Department. This was all part of my training for what I would  do when I moved to California.

When the McCallum theatre program project came available I saw it as an opportunity to meet almost everybody in the desert, and to understand what was going on in the valley. Eventually Event Management and Marketing evolved into Event Management Productions as I started to produce shows. Managing the attendant parties are only a small part of my role.

When I take on a client it’s not because I want to sell them a party or an event. I consider myself a partner who helps define the social image of the organization – frequently the mechanism that triggers the largest amount of an organization’s funding. Producing a show or an event is also geared toward building the brand identity of the organization.

I have often referred to what I do as “American Social Theater.” In my Washington DC years I studied how Thomas Jefferson designed his parties and events because he was the consummate master at using a dinner, party, or reception for political reasons. And to a large degree that’s what the major events in the Coachella Valley are… Social Theater events to reinforce the brand and build inclusiveness and support.

Tell us some background about your company.

W I started my business I was lucky enough to work on most of the major events that were happening in the valley at the time. The Bob Hope Classic Ball was an event that I did for 15 years. I worked on many of the Frank/Barbara Sinatra events, and with Nelda Linsk to produce the major fashion shows during the Sinatra Celebrity Invitational. That was an outgrowth of a fashion show that I did for the McCallum Muses in 1990. Hubert Givenchy came to the desert to mount a major fashion show at what is now the Indian Wells Renaissance hotel. We built a massive set for the fashion show and used a lighting design that had never been seen on fashion show runways in New York or Europe. Mr. Givenchy was so impressed by our innovative work that he later brought my team in to reprise that show at the Museum of Modern Art in San Francisco. That first McCallum Muses show garnered me a national award for the best use of lighting and design from Special Events Magazine.

In a fairly short period of time I built an interesting business that utilized the notion of party planning as a single component within the theatrical shows we were producing. There was nothing quite like it in the desert  at the time. There’s a little more of it going on now but  not to the extent that my company employs theatrical technology to create environmental experiences.

The Palm Springs Film Awards Gala, the Steve Chase Humanitarian Awards, the Waring International Piano Competition Gala, Evening Under the Stars, Opera in the Park, ACT for MS’s Christmas Tree Lane and the Barbara Sinatra Children’s Center Aunts and Uncles Luncheon are all studies in defining a brand. Incorporated into that activity might be a party, fashion show, a play, a performance or anything that reinforces the brand and gives it the aura of a “first tier” event.

I have been in business for almost 30 years. That makes Event Management Productions one of the longest running companies in the desert. During that period of time I have been fortunate to have produced a number of parties for Betty Ford at her former home in Rancho Mirage. This included the 10th anniversary of the Betty Ford Center. I can absolutely say they were charming people and an honor to work for such a great cause.

What other things have you done in the valley recently?

I’ve done a number of events at Sunnylands Museum & Gardens. My team managed the infrastructure support for the summit meeting there between President Obama and President Xi Jinping of China. We also produced the Prince Albert Awards at Sunnylands. This was the first time that this show was produced outside of Monaco and the first time that it was produced in the United States. I was pleased to have Ted Danson as my MC, which made the whole evening very fun.

We did a series of classical concerts at the new Rancho Mirage amphitheater when it first opened with some of the very best artists in the entertainment business. This series was sponsored by Palm Springs Life Magazine. I produced two LA Opera/Placido Domingo shows for Palm Springs Life magazine at The Show at the Agua Caliente Casino. I also produced the spectacular Desert Music Festival at Sunnylands which was a continuous  two day, day night  event.

For the last 18 years we have been working on building the brand of the Palm Springs Film Awards Gala. This is an ever-evolving project which over the years has become one of the major awards shows in the movie industry. In the same sense the Steve Chase Humanitarian Awards and Evening Under the Stars are both major events that have been growing and defining their image over many years. I working with Waring International Piano Competition under the watchful eye of Peggy Cravens and her group for 15 seasons, and five years producing Evening Under the Stars with Mark Anton and his wonderful group.

Recently I have become involved with the Palm Springs Opera Guild. The Opera Guild is doing wonderful work under the leadership of Bruce Johansen in terms of educational outreach into the community in much the same way that the McCallum Theatre Institute and the La Quinta Arts Foundation are doing. I believe that we cannot have enough art in the schools whether it’s the visual art of the La Quinta arts foundation or emotional and performance art that is provided by the McCallum Theater and the Palm Springs Opera Guild. Young people need to have a different vision of the world than what they see on a 2.5 x 5″ telephone screen or on television.

How do you advertise for clients?

My work, which is seen by thousands of people in the desert, is my best advertisement. and I don’t just work for anybody. I don’t put the emotional effort into something unless I feel it in my heart and soul. I try to work with organizations whose work I believe in. That’s why virtually all of my clients are non-profit charities. It’s much easier to pour your heart and soul into something when you know at the end of the day that you have done more than collect a paycheck. It’s gratifying to know you’ve helped benefit the community and the people living in the community. My passion is helping others with my expertise. I truly believe that I can use my talent to make a meaningful difference . At the end of the day I think all of us want to believe that we’ve done something meaningful. There’s a little kid in me that’s very passionate about the world he has been fortunate enough to live in, and this passion drives me.

I can’t explain the feeling I get when we’ve done a show that’s really truly good, whether it’s a performance or the way we’ve structured the visuals in the room. My passion is like a burning white-hot light that keeps me going.

I had a very good friend by the name of Gloria Greer. Gloria was very much like me… we were both like children in some interesting social fairyland. We both shared the same birthday, although Gloria was actually born a century before me on the same day! We were both kind of quirky but I like to think that our quirkiness and our passion made a difference in the community that we so love. Harold Matzner has that passionate childlike craziness that has helped him do more for this community than anybody I know.

I can’t be more grateful than when I sit down at the end of the day and realize that what I do to make a living makes the world a little better. I love the theater and I love American Social Theater. I’m passionate about being able to bring beauty to something and actually get paid money to do it. I can’t believe how mightily I have been blessed.

None of this can go away. Private local charity work is much more efficient than what the government can do because it’s leaner and meaner and closer to the problem. It’s important that we make sure that this amazing place that we call the Coachella Valley doesn’t lose this contribution of kindness.