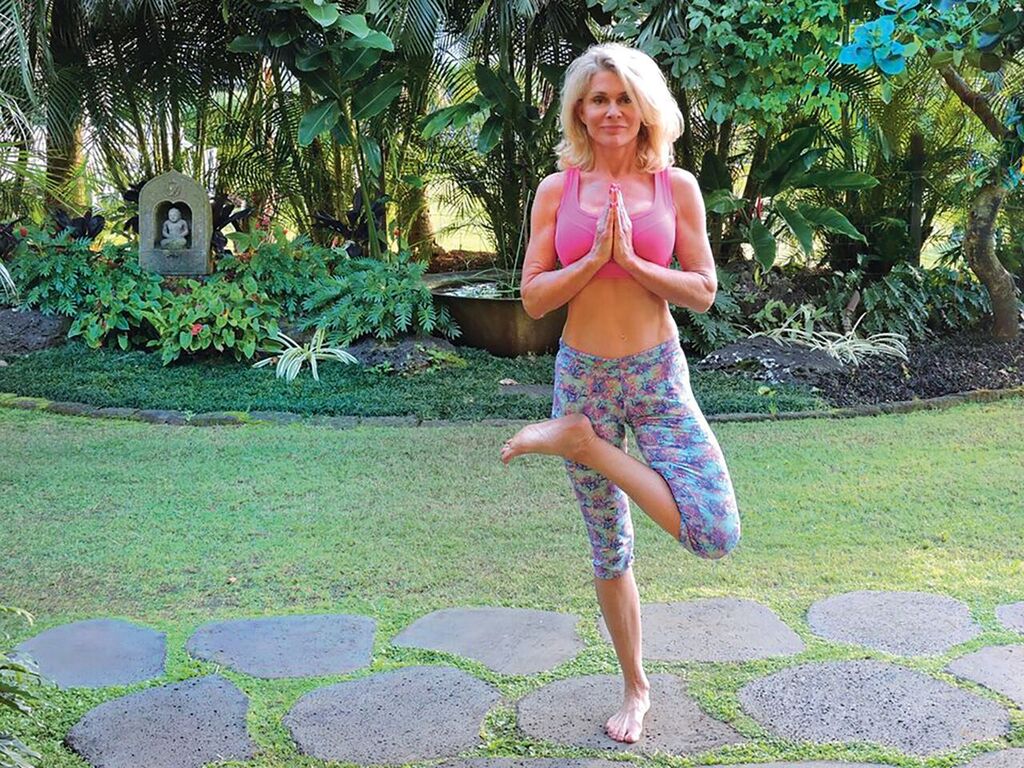 Denise DuBarry Hay is one of the desert’s most beloved local celebrities. For more than two decades, she has called the Coachella Valley home – building businesses, supporting numerous charities and making an impact in every endeavor she’s pursued here.

This year, Denise adds to her repertoire of entrepreneurial ventures by opening a dining venue unlike any other in Coachella Valley. Wildest Greens – located in the old Clementine’s space in Palm Desert, between Highway 111 and El Paseo just west of Monterrey – offers highly-skilled fusion techniques using organic, nutritious ingredients to create some of the tastiest healthy dishes your palate has ever had the pleasure of savoring.

Denise experienced a farm-to-table lifestyle far before it became a culinary trend. She grew up on a banana plantation beginning in Honduras, but also migrated with her family to Guatemala, Mexico and Costa Rica in her childhood years. Denise’s father, Pete DuBarry, worked for the Standard Fruit and American Steamship Company, holding a Master’s Degree in Forestry.

By age 11, the DuBarry’s moved to California where Pete patented 15 box designs specifically developed to maintain freshness while shipping produce. Denise attended high school in the San Fernando Valley, and it wasn’t long before the natural beauty fell into acting and was working steadily for more than 10 years. One of her most noteworthy roles was as Nurse Lieutenant Samantha Green on a TV Show called “Black Sheep Squadron” in the 70s.

In 1989, she met her husband, Bill Hay, on a blind date in Malibu. They were introduced by the president of Warner Brothers Television Distribution. Their bond led to marriage and the inception of Thane International – an infomercial corporation they started in Malibu but eventually moved to La Quinta and grew into an international company. They sold it in 1998, but Denise stayed with the company for another 5 years. She also opened Bikram Yoga in Palm Desert.

A self-described “serial entrepreneur,” Denise is always pondering her next adventure. Following several visits to Hawaii over the years, she and Bill decided to invest in a distressed property in Kilauea and converted it into a citrus and turmeric farm. Bill grew up on a dairy farm in Canada, and farming was in Denise’s blood, as well.

“When I would visit my grandparents on their farm in Louisiana, I spent a lot of time picking snap peas and shucking corn,” Denise shares. “Spending time at our farm in Kauai is very therapeutic for us. The turmeric loves the soil there, and my son Adam has stretched our crop from what is normally a 2-3 month harvest to about 10 months. It’s been fun to watch it grow and thrive.”

Aside from her businesses and family, philanthropy has been a priority in Denise’s life. She was one of the founders of Palm Springs Women in Film, assisting with its incorporation, acting as its first secretary and later as president for 5 years, and creating the Broken Glass Awards. Olive Crest is also very close to Denise’s heart. She and Bill helped them raise $3 million to build homes in Coachella – where one is named after them. She was a strong supporter of her kids’ school – Marywood-Palm Valley – as well as Martha’s Village & Kitchen and the Coachella Valley Rescue Mission.

The restaurant is another way she’s contributing to the community – introducing a healthy new way to dine out that hasn’t yet existed in the Valley to this extent.

“I never wanted to open a restaurant – that’s lunacy,” Denise explains, with a laugh. “That’s the last thing in the world I wanted to do. But when I wanted something fast and healthy, I couldn’t find much, so I really saw the need for a dining option like this. We own the building where the old Clementine’s space is, so I thought, I’m going to take a shot at this.”

The restaurant concept is like being invited into the DuBarry Hay kitchen, as many of the menu selections come from the family recipes they enjoy. Patrons will be able to order fresh cold-pressed juices and organic coffees, teas and wines plus house-made kombuchas on tap along with gourmet menu items to fit every diet – such as raw, vegan, gluten-free, paleo and macrobiotic.

Wildest Greens will feature flavor-filled salads with inventive dressings such as Sesame Soy Ginger-Turmeric and Papaya Seed, guilt-free versions of burgers and pizzas (that don’t sacrifice great taste), house-made soups and bone broth, and delicious desserts with natural sweeteners – no white sugar or white flour… ever!

“I want to do this right, and I’m all about doing my part to save our environment because food is so contaminated now,” said Denise. “That’s why we’re using glass bottles for our juices instead of plastic. You can bring them back in and recycle them when you’re done. Our bottled juices will offer a broad range of selections for detoxifying, and will have a shelf life of 2-4 days.”

Because the restaurant’s menu is raw, fresh and organic, Denise has implemented the Hazard Analysis and Critical Control Points preventative food safety system – the highest standard of food safety in the industry.

“Our tagline is ‘fulfill your fresh food fantasies’ – and I think our customers will really do that here,” adds Denise. “At Wildest Greens, our food will taste good but it will also be superior fuel for your body that will help it operate at its optimum.”

Tweets by DesertCharities
Behind the Curtain of some of the Valley’s most extraordinary events, you’ll find — Richard DeSantis
Acqua California Bistro – Q & A