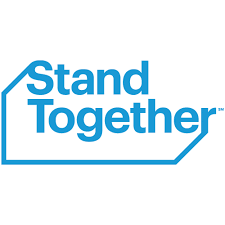 Stand Together, a philanthropic community that tackles the root causes of our country’s biggest problems, announced it will be the exclusive Social Impact Partner and one of eight Founding Partners of the new Acrisure Arena, an Oak View Group (OVG) owned and operated venue set to open in greater Palm Springs, California, in December 2022, and the Coachella Valley Firebirds, the 32nd AHL team debuting in October 2022. In addition, Stand Together will be the Music Series Title Sponsor of the new arena.

Tim Leiweke, Chief Executive Officer, Oak View Group said, “There is no denying the remarkable power of music to bring people together. With the launch of Acrisure Arena and our partnership with Stand Together, we will harness the power of music to bring people together and create movements that affect change. I’m honored to have Stand Together join us as the exclusive Social Impact Partner of the Acrisure Arena. Together, I know we can transform the positive impact sports and entertainment facilities can make within our communities.”

Through the Social Impact Partnership, Stand Together and Acrisure Arena will create a space to support activations that give musicians, fans, and members of the community an opportunity to make a difference on some of the country’s biggest challenges, featuring social entrepreneurs and innovative solutions.

“Music brings people together. And musicians have been an essential part of the most important changes in our country – inspiring people to make progress on issues that otherwise seemed impossible,” said Brian Hooks, CEO of Stand Together. “Music has always been a bridge to a better tomorrow. It’s hard to think of movements for change without the songs that inspired and sustained them. That’s why Stand Together is committed to partnering with musicians and the country’s most effective changemakers to tackle the root causes of our society’s biggest challenges. We’re excited to be taking this important step forward with Acrisure Arena.”

Acrisure Arena will be the first of its kind in the greater Palm Springs area. Annually, Acrisure Arena will attract over one million visitors bringing year-round entertainment to the region, hosting sports, music, and family events. Acrisure Arena’s partnership with Live Nation, the world’s largest event promoter, will serve as a world-class venue providing a rehearsal space for artists launching major tours, a new routing model that will service the music needs on the West Coast, and the next major destination for artist residencies – competing head-to-head with Las Vegas. The arena will be more than 300,000 square feet and feature 11,000 seats, including modern suites and four premium hospitality clubs. Additionally, it will be the home of the Seattle Kraken’s American Hockey League (AHL) team, the Coachella Valley Firebirds, and include an adjoining facility that will serve as a year-round community gathering space and the training center for the AHL team.

Acrisure Arena is privately funded and will be Oak View Group’s third fully owned and operated arena. Founding Partners include Stand Together, Verizon, Alaska Airlines, and Spotlight 29 Casino to date.

Stand Together is a philanthropic community that tackles the root causes of our country’s biggest problems. Alongside inspiring partners, we drive solutions on education, economic opportunity, health care, bridging partisan divides, and dozens of other pressing issues. We can all make a greater difference by uniting on areas of common ground than we can by acting on our own. Learn more at www.standtogether.org. Join us on Facebook, Twitter, LinkedIn, Instagram, and YouTube.

America’s hottest music festival destination is finally getting the world-class arena it deserves. Opening in the Fall of 2022, the Acrisure Arena will provide the greater Palm Springs area of Southern California with a premiere 11,000+ seat venue to host the biggest artists and acts on the planet. Designed specifically for hockey and concerts, the new arena will provide top-tier hospitality, artist amenities, and all of the benefits of a modern music and sports venue. In addition, the facility will serve as the new home of the American Hockey League affiliate of the Seattle Kraken.

The Acrisure Arena is a $250+ million project that is being 100% privately funded through outstanding partners Oak View Group, Seattle Kraken, and Live Nation. Learn more at AcrisureArena.com and follow Acrisure Arena on Facebook, Twitter, Instagram and LinkedIn.

About the Coachella Valley Firebirds

The Coachella Valley Firebirds are the AHL’s 32nd Franchise and the affiliate of the Seattle Kraken. The team is set to play its inaugural season in 2022-2023 at the Acrisure Arena. Visit www.CVfirebirds.com for the latest news and information.

Oak View Group (OVG) is a global sports and entertainment company founded by Tim Leiweke and Irving Azoff in 2015. OVG is focused on being a positive disruption to business as usual in the sports, live entertainment, and hospitality industries and currently has eight divisions across four global offices (Los Angeles, New York, London, and Philadelphia). OVG oversees the operations of Climate Pledge Arena at Seattle Center, UBS Arena in Belmont Park, NY, and Moody Center in Austin, TX as well as arena development projects for Acrisure Arena in Palm Springs, CA; Co-op Live in Manchester, UK; and projects for Arena São Paulo in São Paulo, BZ; Baltimore Arena in Baltimore, MD; FirstOntario Centre Arena in Hamilton, ON; a New Arena and entertainment district in Las Vegas, NV; and a New Arena in Cardiff, Wales. More information at OakViewGroup.com, and follow OVG on Facebook, Instagram, Twitter, and LinkedIn.